In 1915, Carmela (aged 50) and Franz (aged 51) passed away. Following their death, Franz and Carmela’s children inherited the estate. Friedrich Probst was the last member of the Probst family that lived on the estate, starting in the year 1930. Ivica and Ivan Zupanič purchased the property on the 21st of December 1990 from Mrs. Marija Potočnik. They began with the renovation works immediately after they acquired the estate, staring with the house. After a few years, they also renewed the vineyard and other parts of the estate. The renovation of the property was finished in 1996 and the Zupanič couple started to sell their own brand of wine, Hlapec (eng. farmhand), shortly after. In the years that followed, the family made significantly investments into the cellar and vineyard equipment. 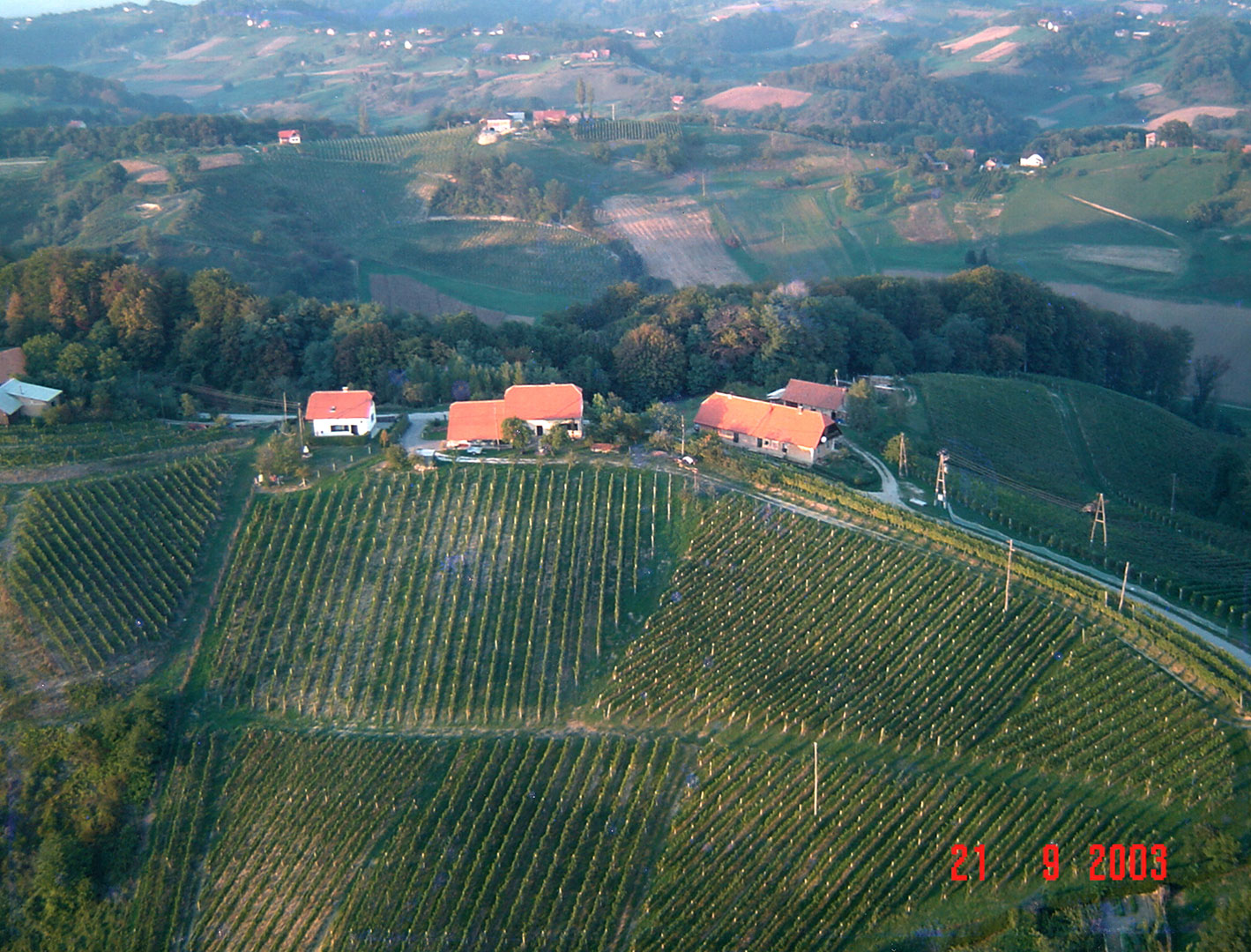 The trademark Hlapec established quickly in the market as it received a handful of attention-grabbing awards at local and regional competitions. Sauvignon and Pinot gris stood out as the most successful varieties while the Welschriesling proved to be an excellent choice for predicate wines. The church of St. Jakob, which became a parish in 1785, had already been built by the end of 14th century. At that time, it had a form of a chapel. In 1532, the chapel was devastated but it was rebuilt in 1535. The oldest part of the current church is the nave with the aisles. The belfry, which was elevated in 1850, and the presbytery are younger. The two chapels were added in 1686. There is a Roman epitaph inbuilt on the outside. The matrices go back to the year 1740.

Furthermore, there used to be a castle of St. Paul’s vassals that once stood on the Ritiže summit but even the traces of the castle have been gone for a very long time. Jakobski Dol also used to be a home to one smaller castle (Jakobski Dol castle) built by Gotffried Beckh – Wildmanstetter in 1690. Closer to the present, the village got by its first primary school in 1783. The Jakobski Dol castle was built in 1678 by the wife of an Austrian attorney, province secretary and official dr. Gottfried von Beckh-Widmannstetter. The only thing that remains of the castle is a single-storey southwest tract. Once exemplary arcaded walls of the facade are now completely covered by a brick wall. There is also no sign of the towers which once adorned the front of the nowadays abandoned building. A basement covers the whole area under the castle and it was once used for dungeons and underground passageways to a near quarry.